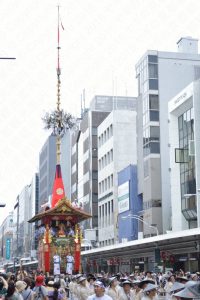 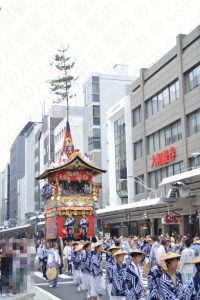 In Yamahoko parade of Gion Matsuri festival, we can find 35 Yamahoko floats. We have three kinds of them: Hoko, Yama, and Yatai.

Some say that we can tell apart them with what is on their roofs but it’s not enough to tell the difference.

In this article, I’ll show you the right way

There are two kinds of Yamahoko floats depending on the names they have: Hoko and Yama. Actually, each one of them is called __hoko or __yama.

They are classified with three types: Hoko, Yama, and Yatai.

Hoko has three kinds of types depending their appearance. Kasahoko is a primitive form of Hoko. Funehoko is Yatai though they are called Hoko.

How can we distinguish them? 区別の仕方 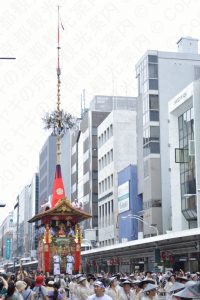 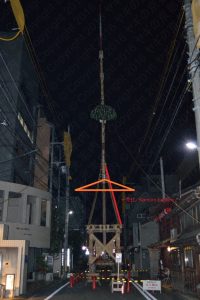 First, find Shingi or Shinmatsu. Hoko has a rod called Shingi (真木) on the roof. It reaches the bottom of the body and has an ornament at the top of it. 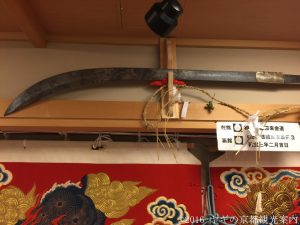 For example, Naginatahoko has a replica of Naginata sword.

In addition to it, Shingi has Sakaki leaves. 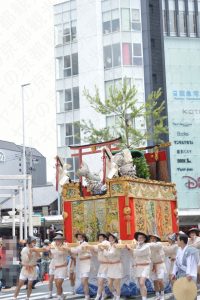 On the other hand, Yama has a Shinmatsu instead. Shinmatsu is a pine tree. This is Kakiyama named Koiyama. Kakiyama is a basic Yama and some of them were developed into Hikiyama. 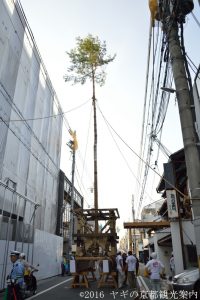 The one in the photo is a Hikiyama named Iwatoyama. As discussed about later, Yama has no wheels but Hikiyama has them as an exception.

Hikiyama resembles Hoko in appearance but we can tell the difference with Shingi or Shinmatsu.

Lots of people confused because they look nearly the same! 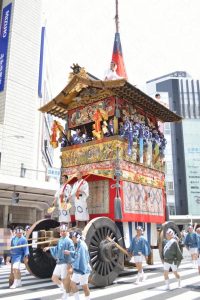 Hoko has four big wheels and people tug it. 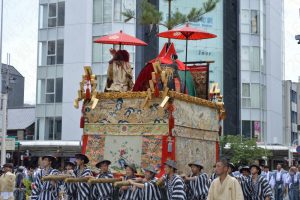 On the other hand, Yama is carried by people as Mikoshi. 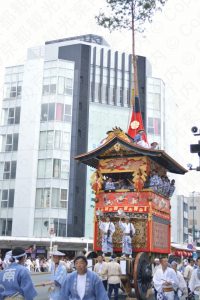 As an exception, Hikiyama also has wheels.

Hoko has Ohayashi musicians on it. Ohayashi is a kind of music played in many Matsuri.

How can we define Yatai? 屋台 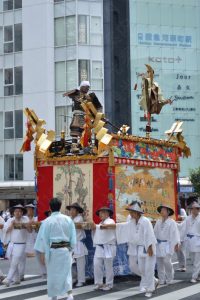 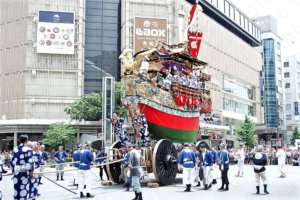 Funehoko also has no Shingi though it is called Funehoko.

I have something to tell you!

Today, Fune hoko has no Shingi but it might have had it.

Clikc here. It is a replica of Tsukinamisaireizu Byobu holding screen painted in the 19th century.  It reports the Gion Matsuri in the 15th century and Funehoko has a Shingi. This is the only thing describes the Shingi of Funehoko. Funehoko in other pictures has no Shingi and documents doesn’t tell us how it looked like exactly. 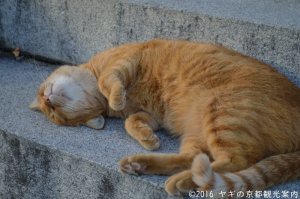 This article is the most precise information on the rock garden and Ryoanji temple. The garden is the most famous dry ga...
2017.06.18

Goen is a tie/bond between something of someone. Jishu jinja shrine in Kyoto gives us extraordinary Goen for loeve seekers. We foresee our love goes with "Love rocks" and have lots of good fortunes form sub-shrines.
2019.09.17
スポンサーリンク
祇園祭の山鉾の違いと区別の仕方
奈良の青もみじランキングベスト３
スポンサーリンク