In the heat of Sakimatsuri, lots of people stroll around so-called Hoko machi district to admire Yamahokos, sometimes referred as “Mobile museum.”

On the contrary, Yumiyacho is tranquil as usual though its denizens used to make great contributions to the Deities of Yasaka shrine: They were guardians of Mikoshi of Gion Matsuri festival for a long time.

From mid-Kamakura period (around 13th century) to 1974, they led the Mikoshi in Samurai armor: They get rid of evilness of the secular world and made the way the sacred Mikoshi was to go.

Yumiya cho (弓矢町) means “Bow and arrow District.” The residents engaged in arms making, especially in bow and arrow. The area belonged to Gion sha temple (former name of Yasaka shrine) and it authorised them to exercise kinds of law enforcement. So, they served for the Mikoshi as duty with gratitude.

The arms makers moved to many places and there were no ones of them left in the 19th century but there armors and the tradition were inherited new inhabitants.

In the summer of 1974, the last Mikoshi parade with Samurai took place. Since then, Mikoshi miss the guardians.

Many reasons prevent them from serving but the most critical one is the damage of the armors. They were made in the 17th century and “authentic” armor though Samurais didn’t wear in battle fields, not pieces of artwork. A residents told me that they cannot fix them as they were. He said, “Remember, Gion Matsuri takes place in mid-summer and it is tough to walk around on them, isn’t it?”

From 1975, the residents quit serving for the Mikoshi and started to hold an exhibition of Samurai armors they wore.

In 2020, Yamahoko parade and Yoiyamas of Sakimatsuri and Atomatsuri were canceled due to COVID-19. This Samurai armor exhibition is subject to be canceled. 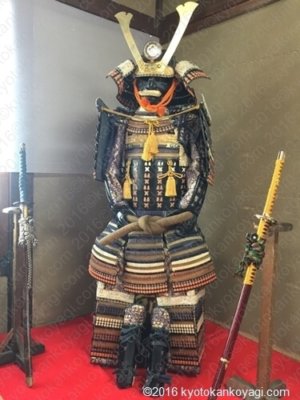 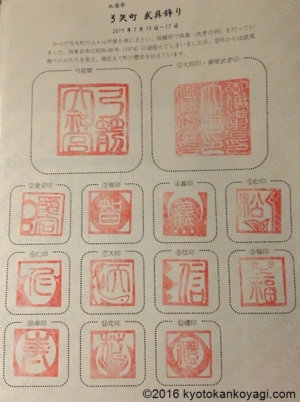 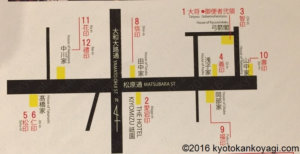 Today, we can see 14 armors. Each of them bear names and have stamps. We can have stamp sheet at Kyusenkaku 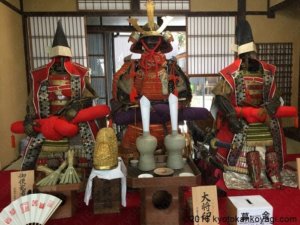 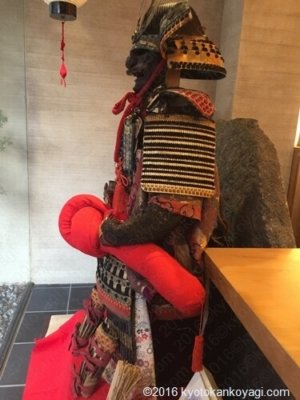 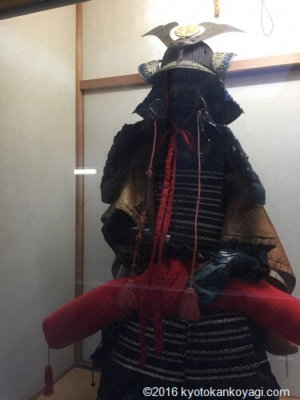 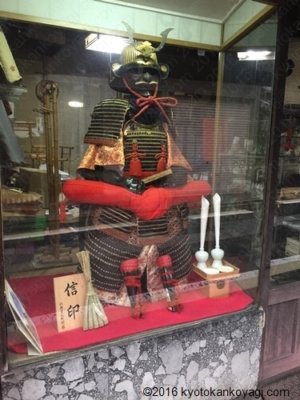 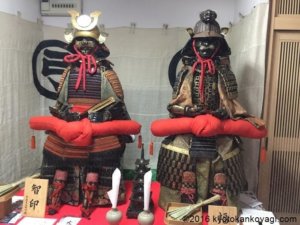 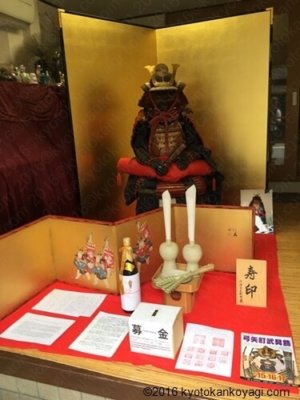 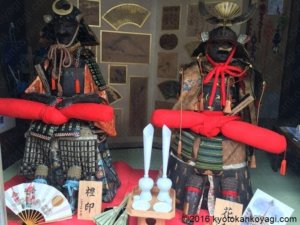 A goat Kyotoite shows you the best time and best spot to admire "Autumn leaves/Autumn colors" in Kyoto! In addition to them, you can learn the ways Kyotoite take to enjoy them!
2017.10.27
Autumn LeavesFor International Readers

In 2022, Rurikoin is open to us from 1 October to 10 December. We are not allowed to enter it without reservation to enjoy Autumn leaves and 'Yukamomiji."
2018.05.25
Autumn LeavesFor International ReadersNight Illumination

Kiyomizu-dera temple has the most amazing autumn leaves and night illumination in Kyoto. You can learn the best way to enjoy them in this article with a help of a goat Kyotoite!
2018.11.03
Autumn LeavesFor International ReadersNight Illuminationおすすめ記事

Kinkakuji temple and the autumn leaves in Kyoto. You can learn the best spot to admire the golden pavilion and maple trees in bloom!
2018.10.11
Autumn LeavesFor International Readers

Kemari dedication takes place at Shimogamo shrine on January. Kemari is a traditional Japanese foot ball game. Let us learn what Kemari is on video and text: its history, how to play it, and so on. Kemari Hajime is canceled 2021 due to COVID-19.
2018.12.27
For International Readers

Nara has a huge statue of Buddha, a.k.a., Daibutsu, Birushanabutsu and the Great Buddha. In this article, you can learn anything about it; Its features, when and why it was built and the way to construct it.
2020.01.26
For International Readers
スポンサーリンク
弓矢町武具飾於祇園祭：2022開催決定
アフターコロナに行きたい京都観光
スポンサーリンク