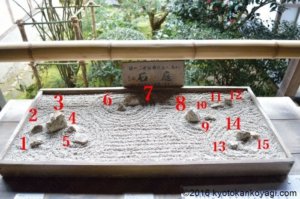 The rock garden has 15 stones. In the East, 15 is a numeral that means perfection. because the moon becomes full moon in 15 days. Seated on the veranda of Hojo, the main hall of the temple, we can see only 14 stones . The constructor or designer of the garden intended to show imperfection in perfection. This is one of the typical conception we Japanese have.

Arhat is a kind of saint who reached Nirvana. 16 Arhats is guardians of Buddha. In this hypothesis, the stones represents 15 Arhats of them. One of them is missing in the garden because it is on the way to save Buddha and Buddhism. 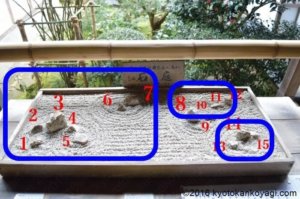 The 15 stones divided into 5 groupings. From left to right, 5, 2, 3, 2, and 3. We put the groupings together as indicated in the blue square in the photo. Each grouping consists of 7, 5, and 3 stones. In yin-yang philosophy, odd number belongs to yang and is believed to bring us good luck. 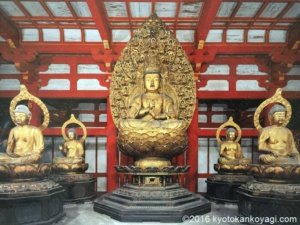 As previously indicated, the garden has five groupings of stones. In this hypothesis, we think each grouping stands for Five Tathagatas Buddhas. In Vajrayana Buddhism, they represent so-called “Five wisdom” of Vairocana. 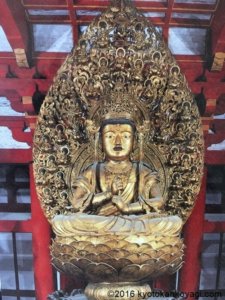 Vairocana represents what is beyond concept. It means what is ultimate. It is believed to be equivalent to the truth in Buddhism. 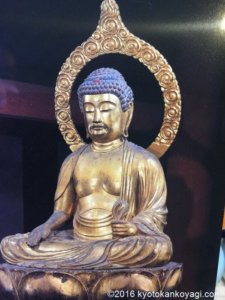 It tells us to see the true nature of existence as it is. 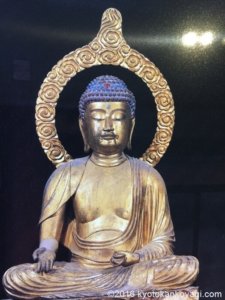 It tells us when we can see it as it is, everything is equal without discrimination. 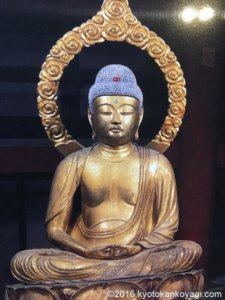 It tells us to contemplate on the equal things. 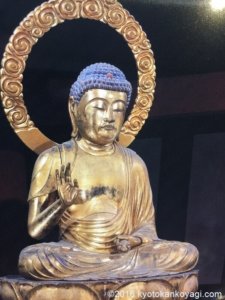 It tells us to respond to them and act in a right way.

I’m sure this is the most interesting!

Kuze Komagata Chigo is the most important figure in Gion Matsuri festival. Without him, Gion Matsuri cannot be accomplished.
2020.07.20

Sakura night illumination 2021 is to be held from Oct. 30~  Dec. 12. Toji has one of the most amazing illumination events in spring and fall. In this article, you can learn the ways to them with introduction of the temple.
2018.09.17
スポンサーリンク
Gion matsuri 2022 : Atomatsuri Yoiyama 祇園祭後祭宵山英語で説明
龍安寺石庭の意味：厳選した10の仮設から吟味
スポンサーリンク