Heian period is the golden age of the court nobles and the Imperial court has strong infulence over political decision. 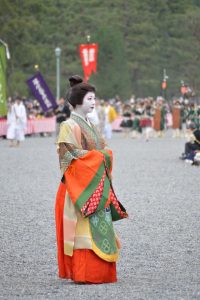 She is Onono Komachi, a famous poet in the time. She was one of 6 great poets in the early Heian period. 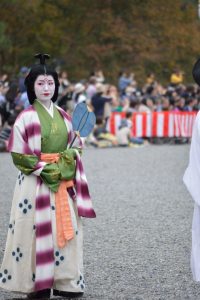 The lady with a fan is Wake no Hiromushi. She is a sisiter of Wake no Kiyomaro, the famous adovocator of emperor Kanmu. Kiyomara advised to emperor Kanmu to move the capital to Kyoto. 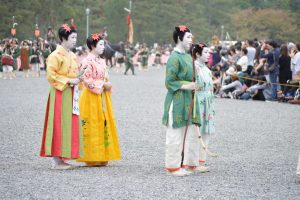 They are orphans Hiromushi adopted. She established an orphanage for the first time in Japanese history. 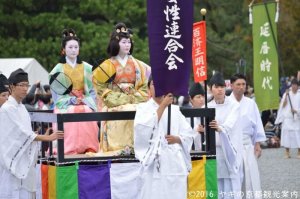 They are court ladies in the rein of emperor Kanmu.

In this period, the outfits are under strong influence of Tang Dynasty.

The left is  Murasaki Shikibu. She is the author of The Diary of Lady Murasakiwhich tells us what the Imperial court was at that time.

In this period, missions to Tang Dynasty was abolished and Japan developed its own style in any respect.

The right is Seisyo nagon. She is the author of The Pillow Book. which shows us the life of court nobles. 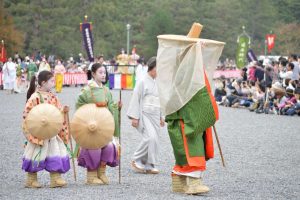 The lady on hat is Tokiwa gozen. She asked Taira no Kiyomori, the plitical opponents of her deceased husband, to kill her instead of her children. Her courage made Kiyomori save their lives. 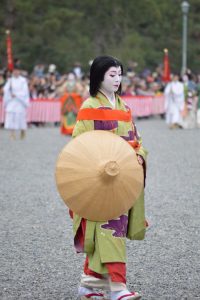 She is Yokobue, the Juliet of Heian period. She fell in love with Tokiyori, her Romeo, but his family rejected their marriage. He became a Buddhist priest. She found him in a small temple in Arashiyama but he didn’t meet her. After the incident, she became ill and passed away. The temple sitll exists in Arashiyama. It looks like a debris of temple and there are small figurine of them. One of may favorite place in Kyoto. 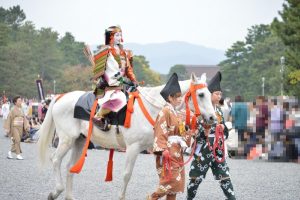 She is a famous lady-worrior in Heian period. 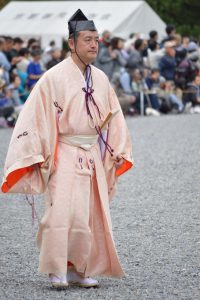 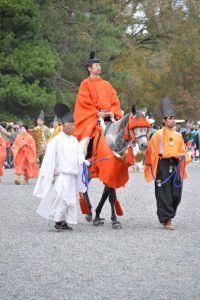 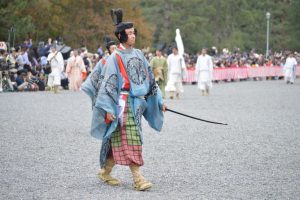 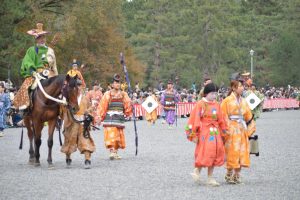 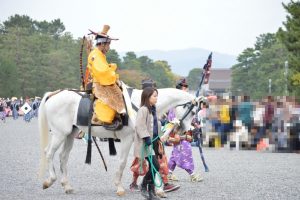 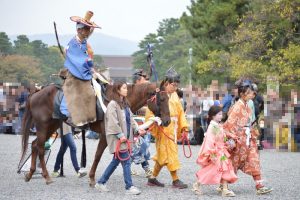 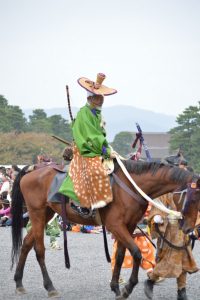 Shogunate in Japan was ligitimate because Shogun belonged to the Imperial lineage and is a decendent of the emperor. For example, Yoritomo was a descendant of emperor Seiwa.

The worriors in the pictures were enlisted to eliminate Hojo clan by the order of emperor Gotoba.

Gion Ebessan/Ebisu festival is held at Yasaka shrine. In 2021, Ebessan boat parade was canceled due to COVID-19. With lots of photos and video, you can learn about the festival like Ebessan boat and Seven Deities/Gods of fortune, etc.
2019.01.07

When did Yamahoko Parade start? : A short history of Yamahoko parade

Introduction Gion Matsuri festival is famours for Yamahoko floats and their parade lures lots of people to the ancient ...
2021.05.09

The real name of "Afro Buddha" is "Goko Shii Amidabutsu.（五劫思惟阿弥陀仏）" It means that a Buddha meditates forever. In this artile, you can learn the reason of its hair style and its features, souvenirs and so on.
2020.01.20
スポンサーリンク
平安神宮のみどころと平安京の歴史【京都観光】
東寺の紅葉ライトアップ2021は10/30～12/12：2022桜ライトアップはコロナで中止かは未定
スポンサーリンク