Check the official site of Heianjigu shrine (In Japanese only)

What is Jidai matsuri festival?

Jidai matsuri festival is one of the famous three festival in Kyoto and held on 22th October annually. It started in 1895 as a celebration of an incident took place 1100 years ago: the transferral of the ancient capital from Nara to Kyoto. It is famous for the parade in which over 2,000 participants in the outfits of the ancient times.

The aim of the festival

Heian Jingu shrie holds Jidai matsuri festival. It enshrines two emperors as Deity; emperor Kanmu, who moved to the capital to Kyoto, and emperor Komei, the last empror who spent his life in Kyoto.

The purpose of the festival is to let them see what present-day Kyoto is like as a Shito ritual. So, the Deities make a round trip between Heian Jingu shrine and Kyoto Imperial palace.

Jidai matsuri is famous for its prade. It conststs of 10 units and 8 of them shows us the periods between 794 and 1868. Their outfits are exact replica of each period.

Jidai matsuri has many shinto rituals. They take place within a week.

Prior to the parede, it is held for the success of it at Heian Jingu shrine.

The eve of the festival is celebrated.

A ritulal is held at Heian Jingu shrine and the festival is started. 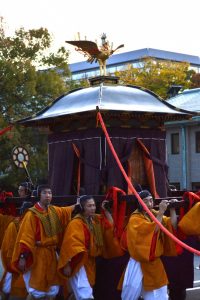 The parade comes back to Heian Jingu shrien and the spirits of two emperos return to the shrine.

*Not open to public

The parade of Jidai matsuri festival is called Jidai Gyoretsu. It goes on in anti-chronicle order. In this artilcle, we see it in chronicle order to understand Japanse history with ease.

Each unit of the parade stands for a period in Japanese history. The garments and equipments are made in exactly the same way in the period they belong to. The price tag of some of them are over 1 bilion yen. Some of the women in the parede are Maiko/Geiko. 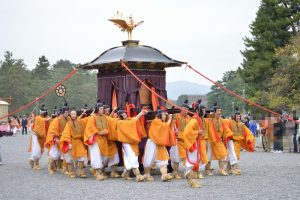 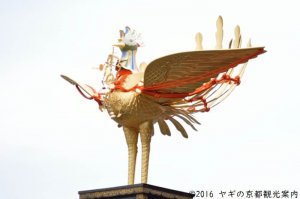 The spirit of the emperors are in Gohoren. Gohoren is a special carry for the emperor. On top of it, there is a figurine of Ho-oh, the Japanese phoenix. 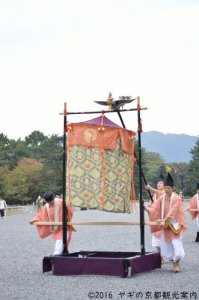 This is a Kingai, a shade for the emperor. He walks under it. 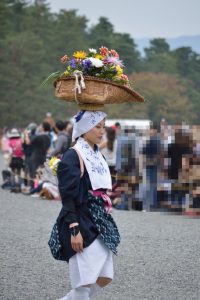 They brought flowers to the Imperial Palace from the foot of Mt. Hiei. 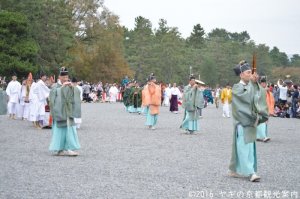 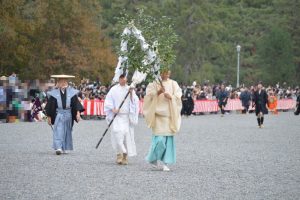 Sakaki is scred plant in the Shinto. 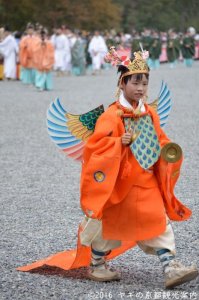 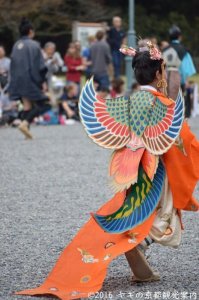 BYODO-IN temple in Kyoto: Its history and architecture of phoenix hall
Byodo-in temple has a long history and outstanding artifacts. A goat Kyotoite gives you the most precise information on them. 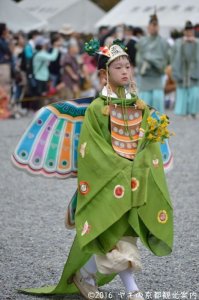 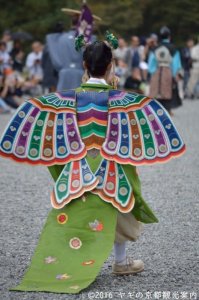 Kocho means betterfly. He also is a dancer performing Kocho no mai dance.

The chapter “The Butterflies” in The Tale of Genji is named after the dance. 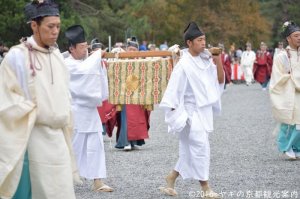 Shisen is a meal prapare for Deity. It is brought in a small box named Shinsen Karabitsu(神饌唐櫃).

In 2021, we still found ourselves in the middle of COVID-19 and Kyoto is having "Autumn leaves season" with it.In this article, I'll show top 10 places to enjoy the season avoiding so-called "Three C's." Closed, Crowded places with many people nearby, and Close-contact settings.
2020.10.22
Autumn LeavesFor International Readers

In 2022, Rurikoin is open to us from 1 October to 10 December. We are not allowed to enter it without reservation to enjoy Autumn leaves and 'Yukamomiji."
2018.05.25
Autumn LeavesFor International ReadersNight Illumination
スポンサーリンク
平安神宮のみどころと平安京の歴史【京都観光】
東寺紅葉ライトアップ2022は10/29～12/11開催
スポンサーリンク