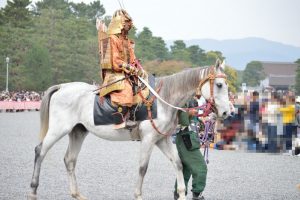 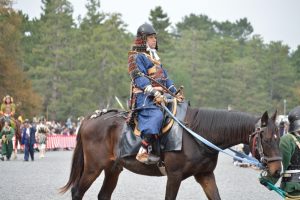 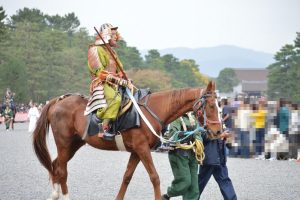 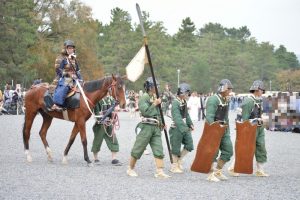 In this period, armors are in primitive fashion. The man on a white horse is Sakanoue no Tamuramaro. He is a general and shogun(征夷大将軍) conqured Emishi, the ethnic group lived in Tohoku region. His armor is plastered genuine gold. 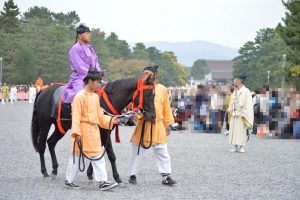 In the period, court nobles went to the Imperial court to offer greetings ot the emperor.

They are in garments named Iho. The colors of them means their ranks. The purple is the highest.