Yoiyama of Sakimatsuri is one of the most popular event in .Gion matsuri festival. 16th of July is the most crowded day. 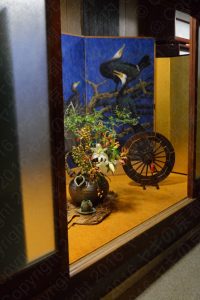 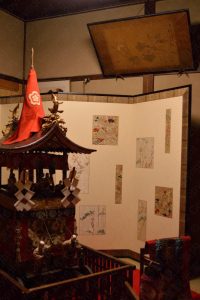 As I indicated before, Yamahoko neighbors let you see inside of their houses and treasures. 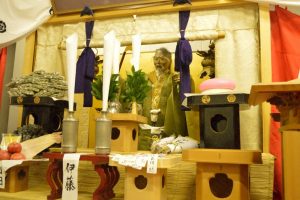 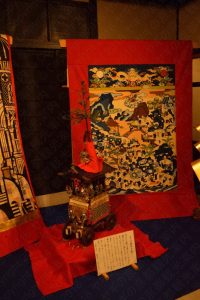 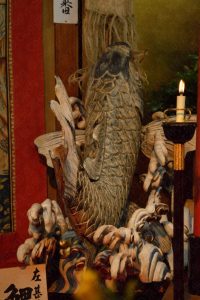 During Yoiyama period, Each Yamahoko which has Obayashi begins to play them. You can be on Hokos. 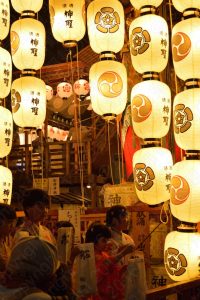 Each Yamahoko sells souvenirs like Chimaki and Tenugui hand towel. You better get them in the day time on 14th and 15th incase they are sold out. 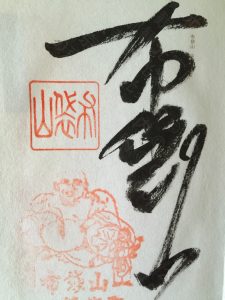 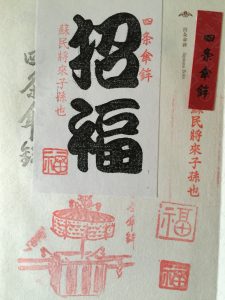 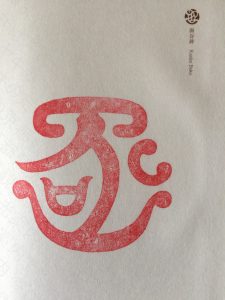 “Gosyuin (御朱印)” is a stamp you can have when you visit shrine and temple. Collecting Gosyuin is very popular in Japan these days. In Gion matsuri festival, we can have special Gosyuin of Yamahokos! 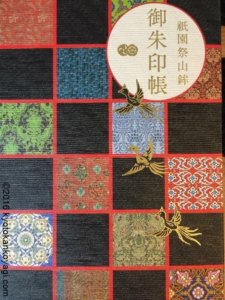 A “Gosyuin book” is also available. You can buy it at bookstores and Yamahoko headquarters.

My recommendations are the nights of 14th and 15th. Around 10:00 a.m., most people came from outside of the city are on the way to home and the calm atmosphere arrives. In the heat of Matsuri night, we are brought away to somewhere we’ve never expected. Let us see the video below. 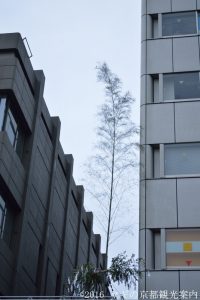 Two bamboo trees is installed at Shijo Fuyamachi. A rope makes a Kekkai border is put between them. 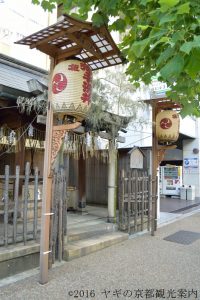 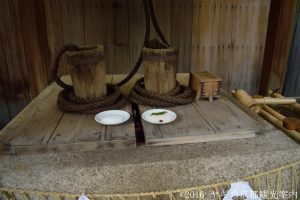 There is well around Shijo Karasuma. There used to be a edifice of Gion-sha. During Gion Goryo-e, the water of the well would be served for Gozutenno. 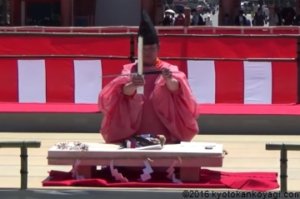 In Ikamaryu, cook made cuisine without touching fish with hand. They use sticks and knife like a man in the photo. The footage is a ritual in Heian Jingu shrine.

At Yasaka shrine, traditional art performance like Imayo is dedicated to the Deities of Yasaka shrine. You can see Imayo aroud 0:45 in the video of Mifune matsuri.

By the summer of 1974, the denizens of Yumiya cho led the Mikoshis on Samurai armors. At Yumiya cho district, the exhibition of them is held.

Gion Matsuri festival Samurai armor exhibition 2022 弓矢町武具飾英語で解説
Yumiyacho Bugukazari, the exhibition of Samurai Armors takes place for 3 days in Yumiya-cho district. In ancient times, the residents wore them and lead Mikohi (portable shrine) of Gion Matsuri. They don't attend the Matsuri but we can enjoy the armors today.

Shinto priests brings the spirits of Susanoo-nomikoto (素戔嗚尊), Kusinadahime-nomikoto (櫛稲田姫命), and Yahashira-nomikogami (八柱御子神) into the three portable shrines called Mikoshi. This ritual so sacred that no one allowed to take pictures.

In complete darkness, the priests led by small paper lantern coming out of main hall of Yasaka shrine. I suppose they have small boxes in which the sprits of Karmis are.(It is too dark to see. Every single lighting is shut down.)

They go to Buden where three Mikoshis stay and put the spirits into Mikoshis. 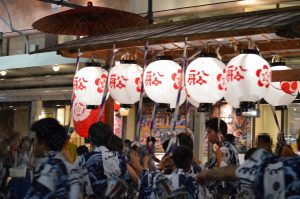 Hayashikata (the musicians of Ohayashi) go to a place where Mikoshis stays for a week.

In the main hall of Yasaka shrine, cups of tea are dedicated to the Deities. At Noh butai, Gion Bayashi music is also dedicated. 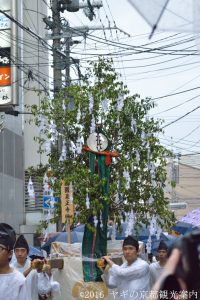 Sakaki is a plant in altar. In Gion matsrui, large Sakaki leads Mikoshi. The plant is prepared at Rakuoh elementary school on the day.

Near twilight on the day, Shijo street near Yasaka shrine has a car-free zone. In the area, many performance are held. 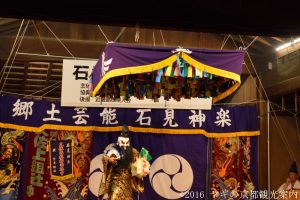 Iwami Kagura is a theatrical performance in which an oddysey of Susano no mikoto, the Deity of Yasaka shrine. Yamaboko floats are pulled by many people. Around wheels, there are some people to help them. When hoko is moving, men pushe wheels with sick and change hoko’s direction with something like oar. 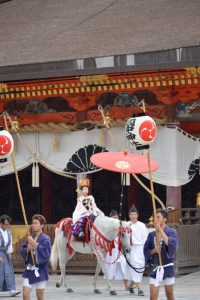 In Shinko sai, The boy called Kuze komagata chigo leads one of the three mikoshis to the area of ancient Kyoto city.

He is the most important figure in Gion matsuri festival. He has a horse head in the breast. It is “Goshintai” which the spitit of Susanono-mikoto descends to. With the Goshintai, he is considered as Kami himself. He has a privilege to enter the field of the shrine on his steed even though members of the royal family have to get off a horse.

In Ayato kuninaka shrine, “Aramitama” of Susanono mikoto is enshrined and that of “Nigimitama” is enshrined Yasaka shrine. The both of spirits is put together and and prepare for calm down the evil spirits. 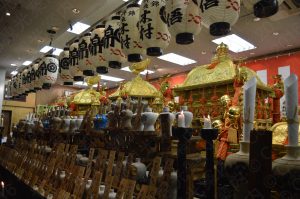 The most important event in Gion matsuri festival. Three Mikoshis depart Yasaka shrine and head for Otabisyo, where Mikoshis will be placed. They took different ways to reach there. They stay there for a week and come back to Yasaka shrine.

Now the state of emergency was lifted in Japan but the fear of COVID-19 still exists. In this article, I'll show you places to visit for enjoying Goriyaku (Good fortune), Aomomoji, and other things in Kyoto keeping social distance.
2020.05.26
スポンサーリンク
Aoi Matsuri festival in kyoto 2022: CANCELED due to COVID-19
天授庵の紅葉や枯山水庭園などの見どころやアクセス方法など全部おしえます！【京都の穴場】
スポンサーリンク