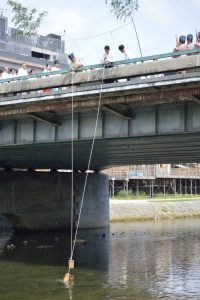 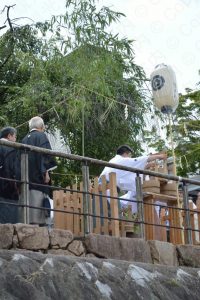 Shinto priests of Yasaka shrine head for the river Kamo by way of Chugenji temple. On the Shijo bridge, they draw the water with traditional buckets. The water is called Shinyo-sui (Water for Kami) . Priests bring the water to the altar on the river bank and purify it with their prayers. In the evening, portable shrine is purified with it. 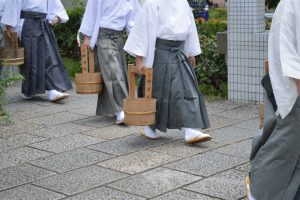 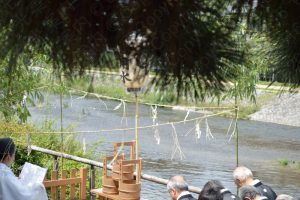 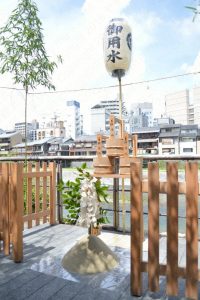 Shinto priests purify water to wash a Mikoshi. They draw water with bucket on the Shijo bridge. The water was put into small wooden tubs and the priests take anything evil from the water. 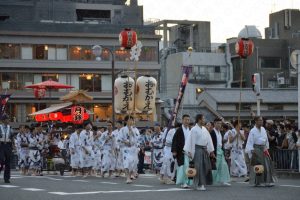 About 350 persons march around the area of ancient Kyoto city and prepare for the portable shrines. 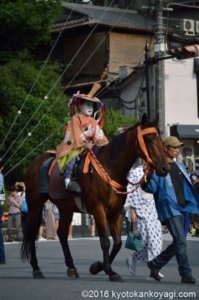 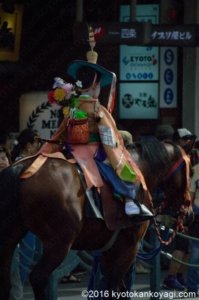 Umaosa is a child on horse back. Before Yamaboko was invented, it is the most popular thing in Gion matsuri.

As described before, an artist give birth to Sagimai as a developed form of Sagi Odori.

In 2022, Mikoshi Araishiki was held at Yasaka shrine. 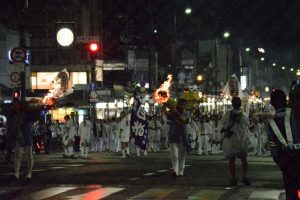 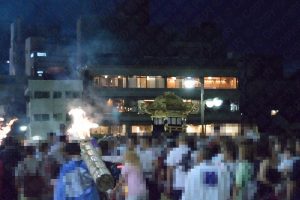 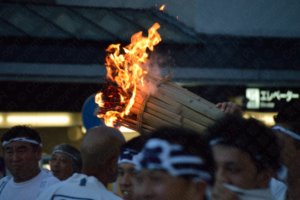 First of all, huge torches depart from Yasaka shrine. They make their way to Shijo bridge purifying the road where the portable shrine goes. 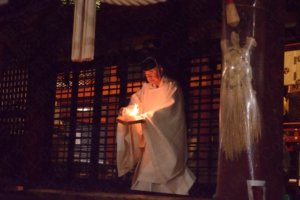 These torches are lit up with Okerabi (朮火). Okerabi is fire and is made on 28th of Deceｍber every year at Yasaka shrine. The fire is kept burning in main hall of the shrine and used in many rituals.

Okeramairi 2021 and Okerabi 2020of Yasaka shrine, Kyoto
On December 31st and January 1st, people have Okerabi at Yasaka shrine. Let us learn its history and the way to enjoy them! 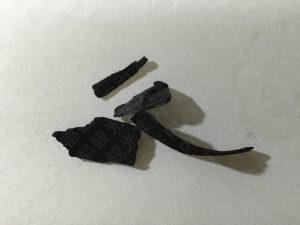 You may see the charcoal dropping from torches on the road. It saves you from bad luck. 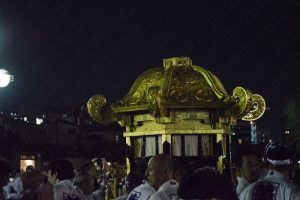 The portable shrine was purified with the water on the bridge. Mikoshi is decorated with many ornaments but “Nakagoza” on this occasion doesn’t have them. It is very rare to see “raw” mikoshi. 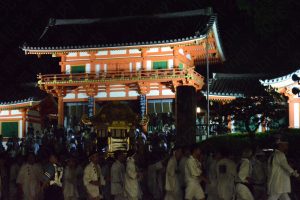 After the purification, Nakagoza goes back to Yasaka shrine. 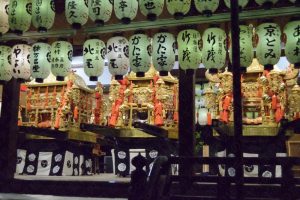 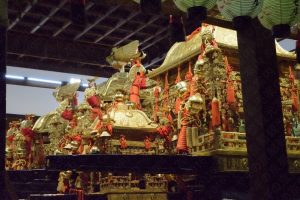 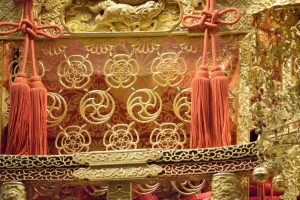 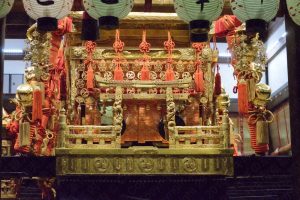 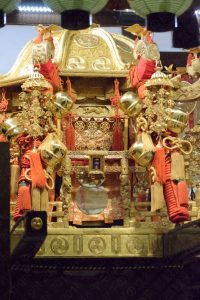 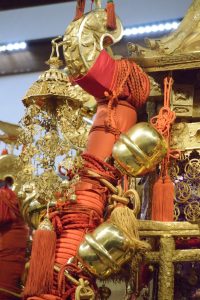 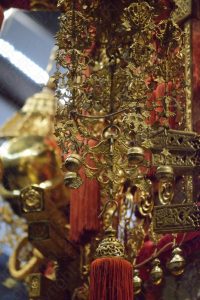 On the return to the shrine, Nakagoza was ornamented right now. We can see fully dressed Mikoshis at Yasaka shrine for a week.

We can Join Kanko Hoko, Kikusui Hoko, Hoka Hoko, and Iwato Yama only in 2022. 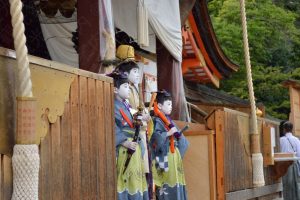 Iki-Chigo (生稚児) is a boy considered and treated as a messenger of Kami (The center of the boys in the picture above.The boys of the both sides are kamuros.) He ride on the Naginatahoko on the day of Yamaboko float parade. On the day, there is a rope which divides sacred and secular world. He cut off the rope and the parade starts.

This visit is called Okrai morai because the shrine give him the same ranking as the feudal road. 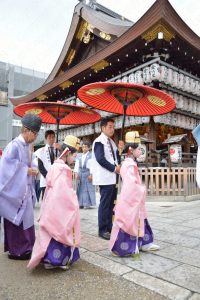 We have another Chigos. These boys called Kuze-Komagata chigo (久世駒形稚児). On the day of Mikoshi parade. They are treated as Kami himeself because they has Goshintai (An object which Kami descends to ) of Ayato Kuninaka shirine (綾戸國中神社). 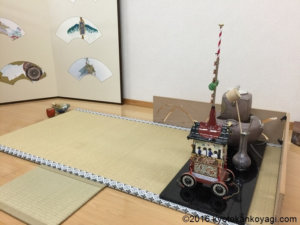 From 13th-16th(usual year), tea parties are held at Kikusuiboko Kaisyo. We can have a plate on which Wagashi is.

In 2022, ticket with Chimaki is available for 3000 JPY at Kikusui Hoko Kaisyo.

Reiwa (令和), what does the new Imperial period/era mean? Why are Japanese people delighted because it was quoted the Manyosyu?
2019.04.01

When we visit Ryoanji and Ninnaji from Kinkakuji, we used to take bus No. 59 at Kinkakuji-mae bus stop but it was abolished in this spring. In this article, I'll show you the ways to get these temples.
2020.09.30
スポンサーリンク
祇園祭2022の日程はどうなる？：山鉾巡行・神輿渡御開・宵山開催【日程表・解説つき】
三室戸寺のあじさい2019：見頃やアクセスなど
スポンサーリンク